top of page
This site was designed with the
.com
website builder. Create your website today.Start Now

In 2003 I was asked to join a celtic band. That band would morph into Venus Murphy, an incredibly high energy, and entertaining musical project. At the core of it was a 30 hour per week rehearsal schedule (on top of the full time jobs we all had) plus any and every gig opportunity, and there were plenty!

What does this have to do with this song you’re likely wondering? Well that band lasted the better part of 10 years and during that time I didn’t write a single song. Not even bits and pieces. So after the demise of the band I essentially retired from music, save for the occasional VM reunion.

Sometime in 2014, I believe it was January, I picked up the guitar and I began strumming the chord progression that opens the song.

Immediately I began to form a melody however, I was determined not to write another autobiographical song as I’d felt I’d done that to death. No, if I was going to write again lyrically it had to have substance and be universally relatable.

I chose to write a story of a love gone wrong, but I left the interpretation of how and why it went wrong up to the listener.

The song essentially wrote itself in about 25 minutes, complete with the key change guitar solo in the middle. It seemed fitting it would kick off the 1st Webster Project EP!!

Check back soon
Once posts are published, you’ll see them here. 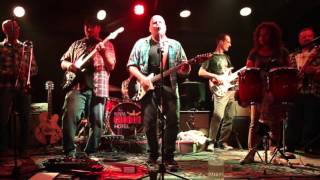 The Story Behind 'Another Day'

The Story Behind 'Goodbye Girl'

The Story Behind 'Johnny'

The Story Behind 'Georgia'